Not long after the end of World War II Amby Legere, a physical education instructor at the University of New Brunswick has the idea of a summer camp for children with disabilities. While in Germany, Amby saw many children who were disabled by unexploded artillery or by playing in the ruins following the wat. He approached the Rotary Club of Fredericton to propose a partnership, which the Rotary Club agreed was an excellent idea.

The club began looking for a suitable area to establish camp. Local businessman Ashley Colter offered land that he owned on the shore of Grand Lake. This piece of land, called the McKenzie farm, consisted of about 20 acres on which stood an old farm house. It was a swampy area but was considered suitable for their project.

The first camp was held for three weeks, beginning on July 19th in the summer of 1952. The 18 boys slept in tents borrowed from the Army. The campers had various disabilities with the majority resulting from polio.

Camp Rotary has expanded and evolved over the past 70 years. We have added several buildings and we update accessibility yearly. In 2020, the Rotary Club of Fredericton gifted the property to Easter Seals NB but continue a relationship with the Rotary Club. 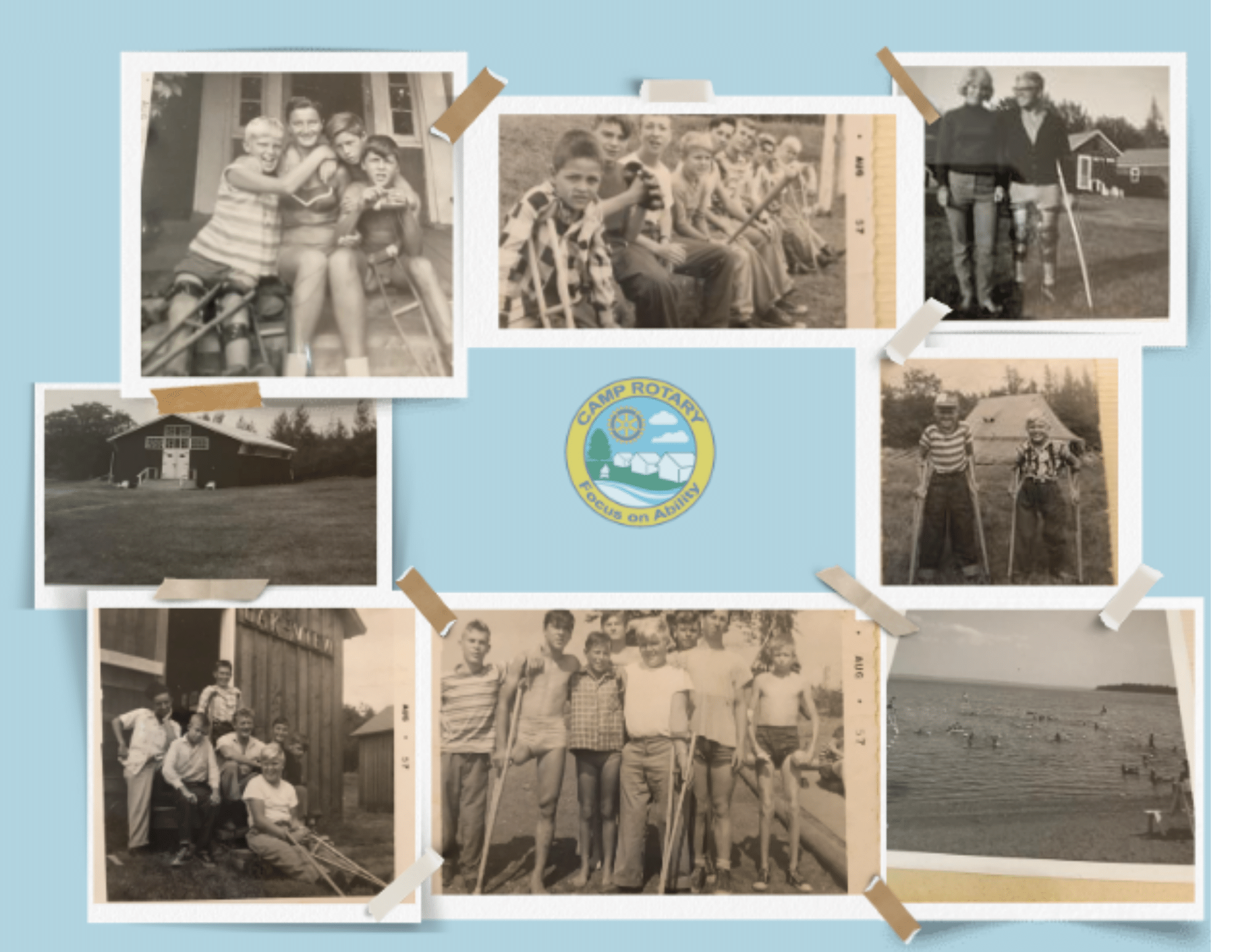